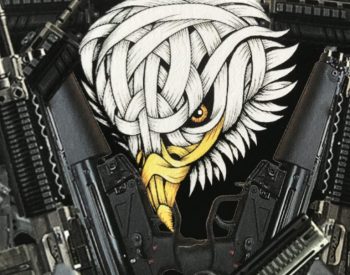 The United States of America adopted the American bald eagle as national bird in 1782. The American eagle was chosen for its majestic beauty and great strength. The Stars and Stripes have historically been seen as the symbols of American democracy, justice, human rights and freedom.

This reimagined symbol might more truly reflect how the US is perceived today – the eagle transformed into death’s messenger. With the backdrop of a destroyed city, its wing span made of the machinery of war & a bomb in its talons – what do the stars and stripes mean to you now….

With America first, where is everyone else placed? 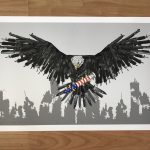 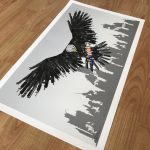 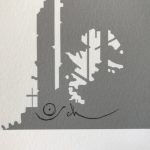