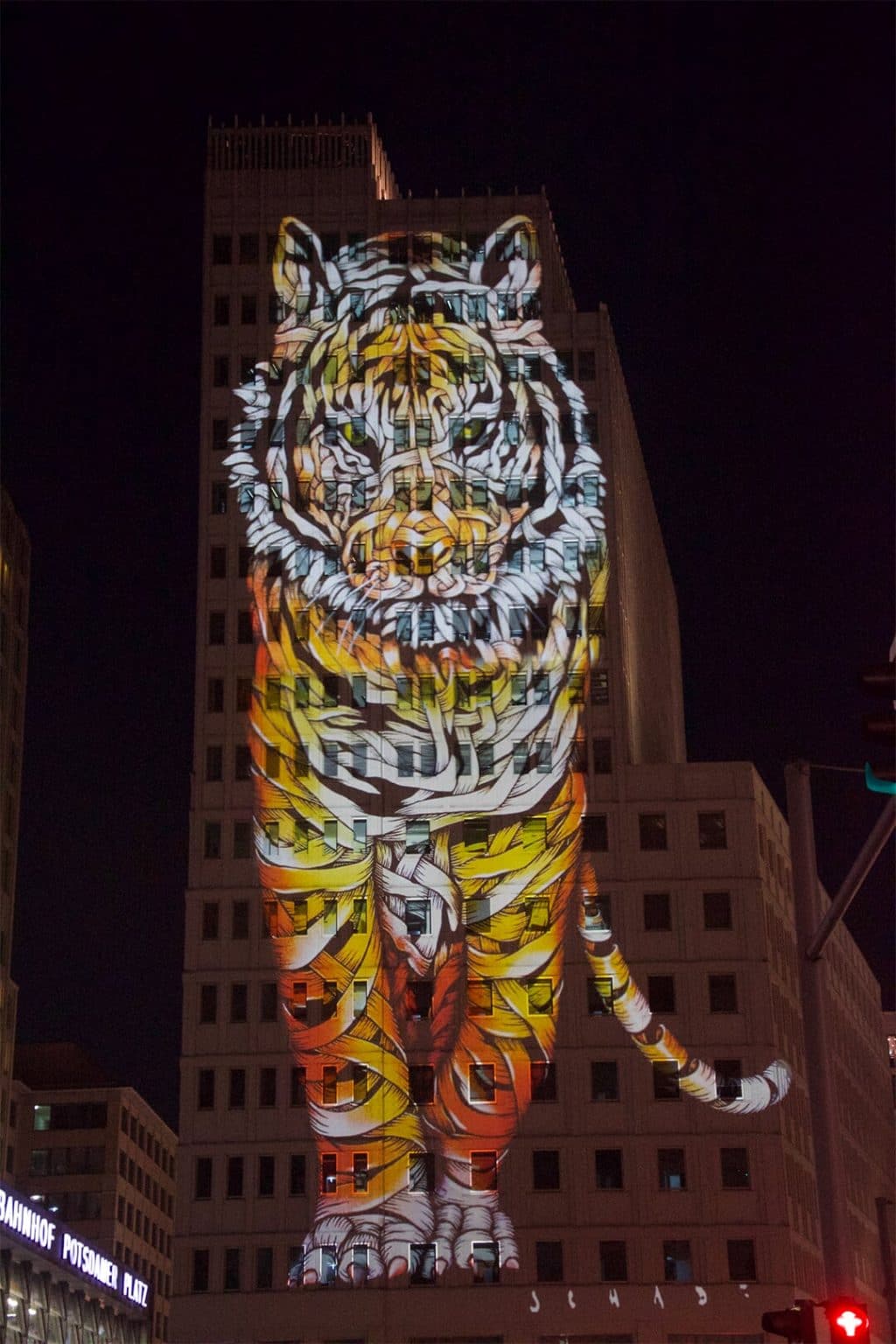 National as well as international artists are presenting their brilliant light installations and thus, transform the city into a huge stage. They tell stories, draw attention to the special and present their cultures, arts, crafts and messages. Berlin landmarks, historical places, streets, squares, trendy neighbourhoods and hotspots of recent history are staged with light.

The festival is under the patronage of the Governing Mayor of Berlin, Michael Müller. Otto Schade was invited to take part by Kultur Spaeti whom were taking part on the invitations to some international artists.

Otto Schade’s ribboned Tiger was displayed at Potsdamer Platz and also on the world famous TV tower at Alexanderplatz.

All photographs courtesy of Wolfgang Weigelt from Berlin. 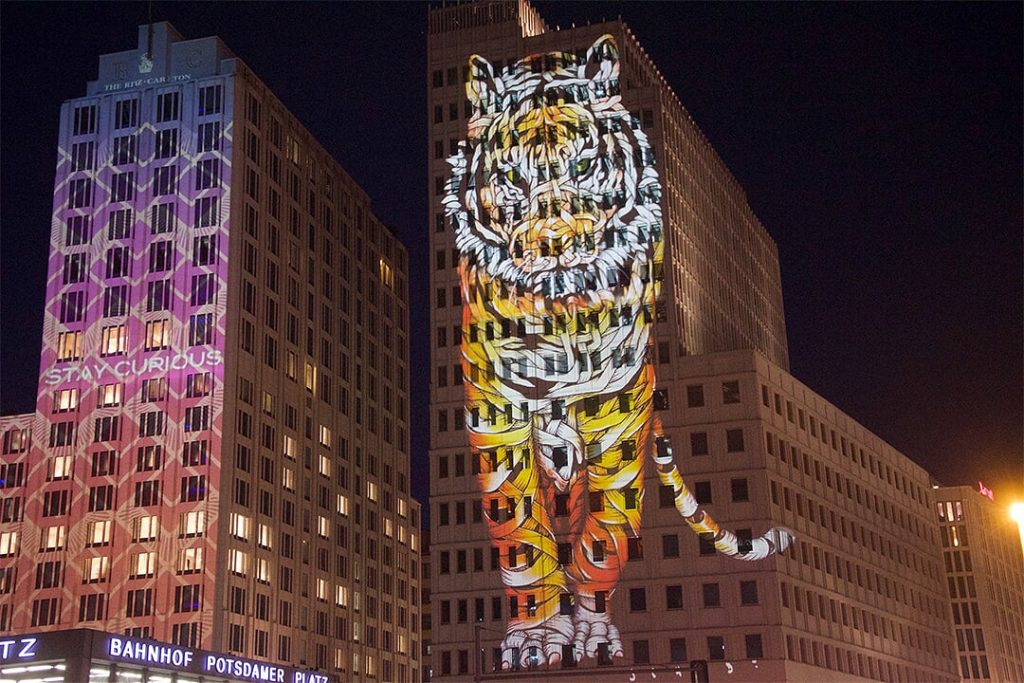 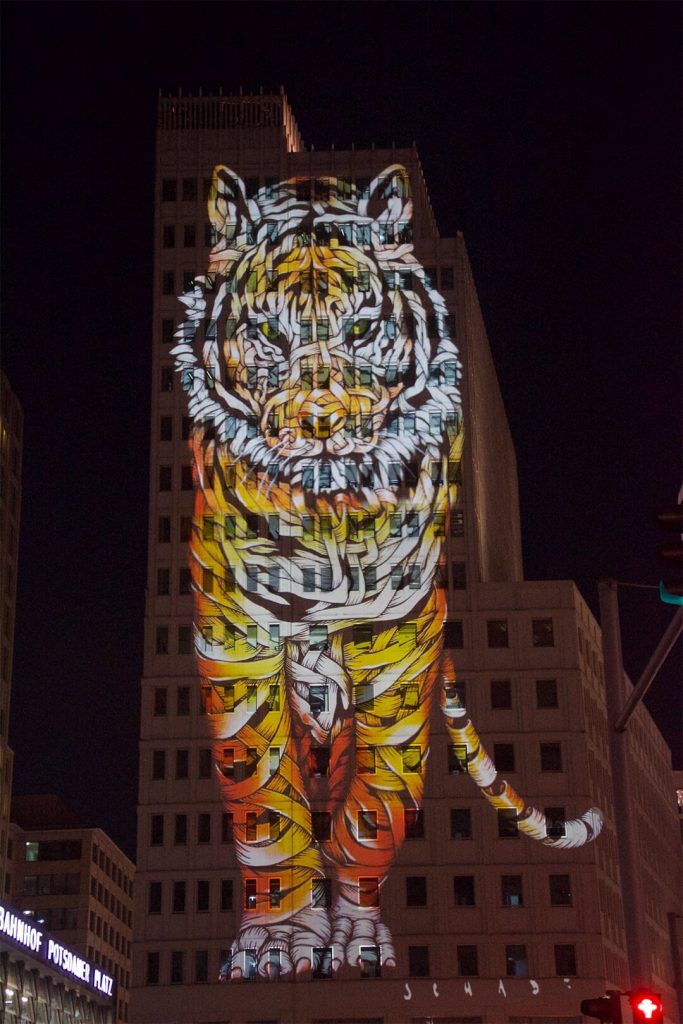 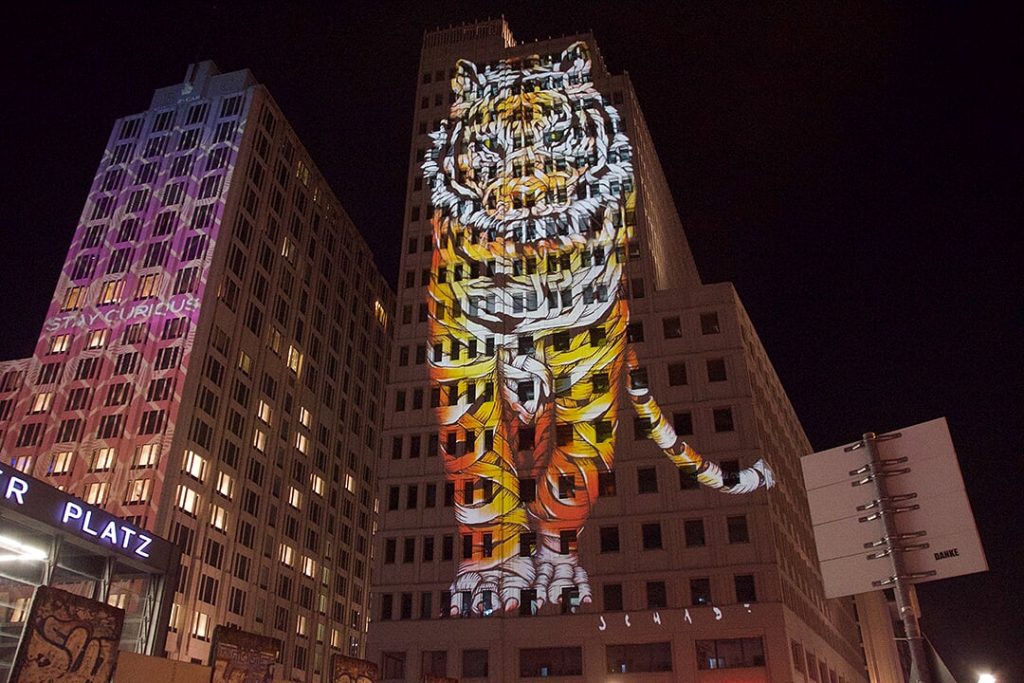