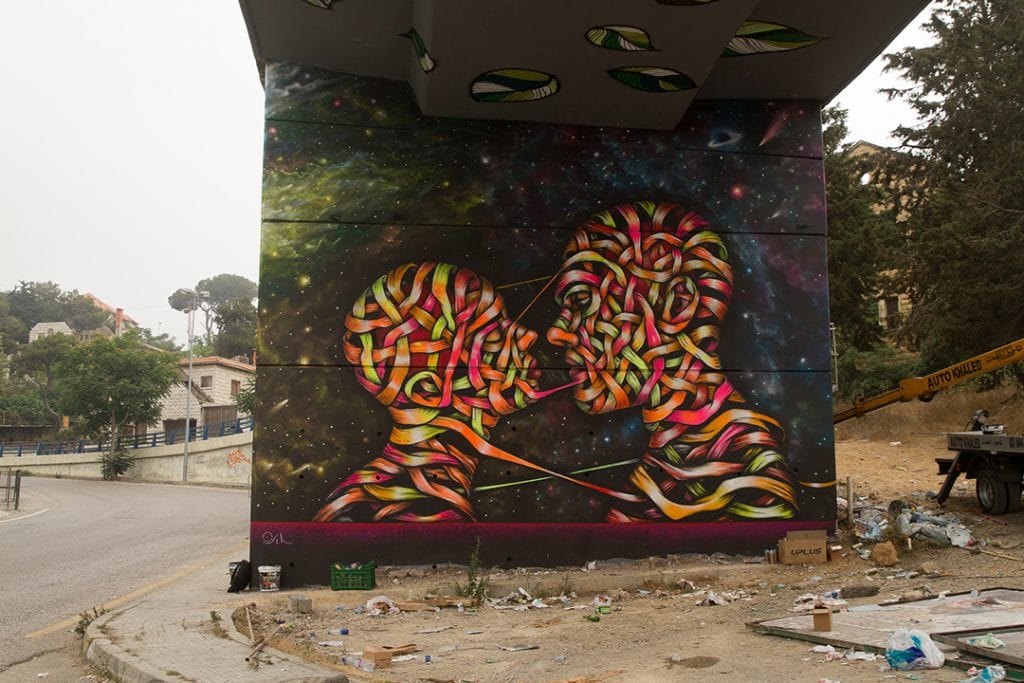 I was contacted by a friend Kevin Zuchowski who is running Rise Gallery (London), inviting me to take part on an interesting project in Beirut (Lebanon). The project considered local and international Artists.

The idea was spending a week in August in Beirut painting some walls  given by Aley Council (attached images).

At the same time we took part also in Ahla Fawda Festival organised by Rise Gallery where different cultures met with different performances and life painting.

The main artwork done by myself is called “The Lovers” and it was done on a bridge in Aley withe some other Artists on the motorway that goes to Damascus, on that moment with ISIS being removed from the north area.

The Lovers is a free hand spray paint mixed technique. It was a collaboration where I invited 2 Artists to paint the background, one from UK (Cheba) and one from Lebanon (Daoud). 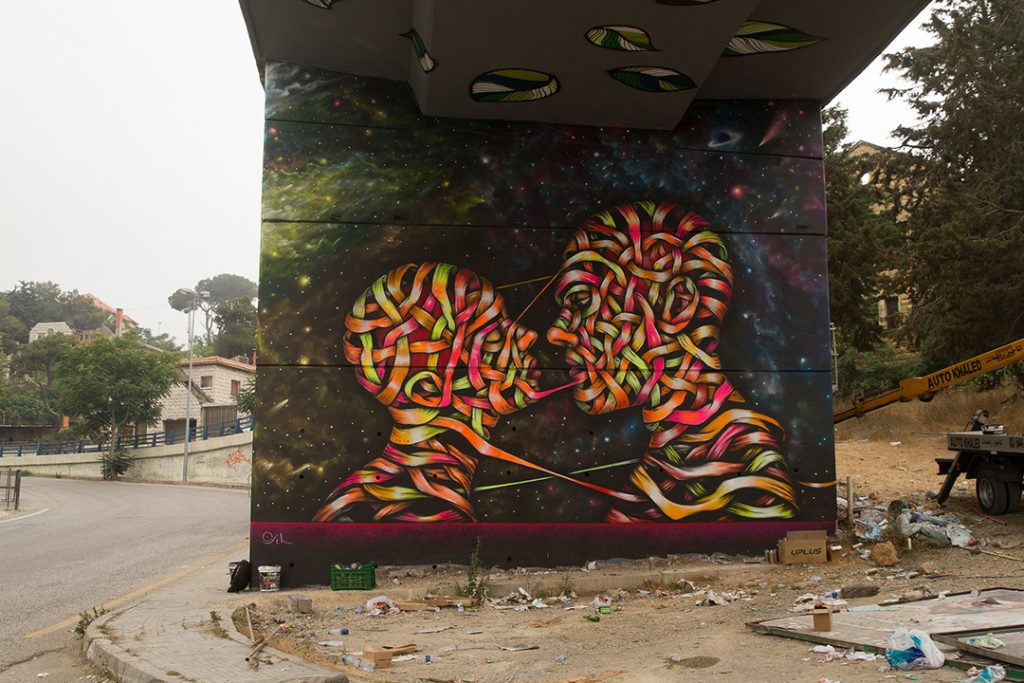 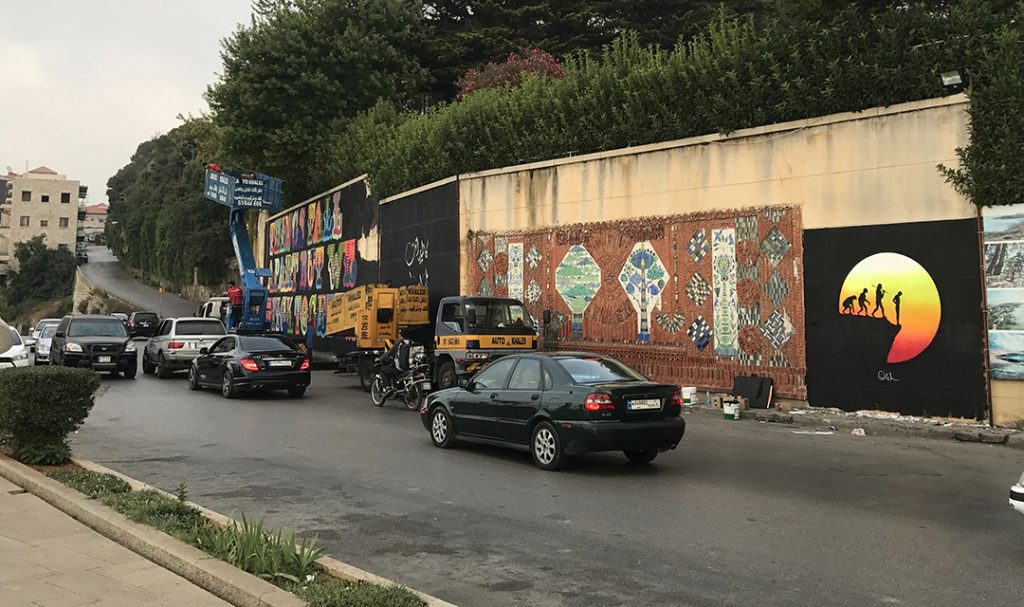 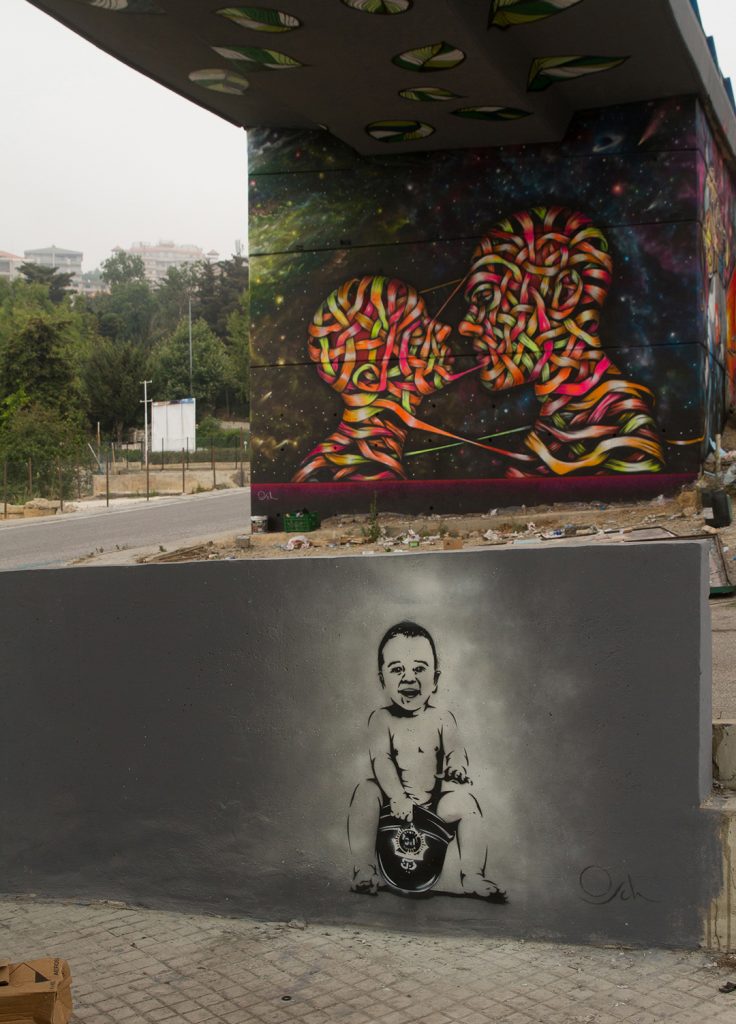