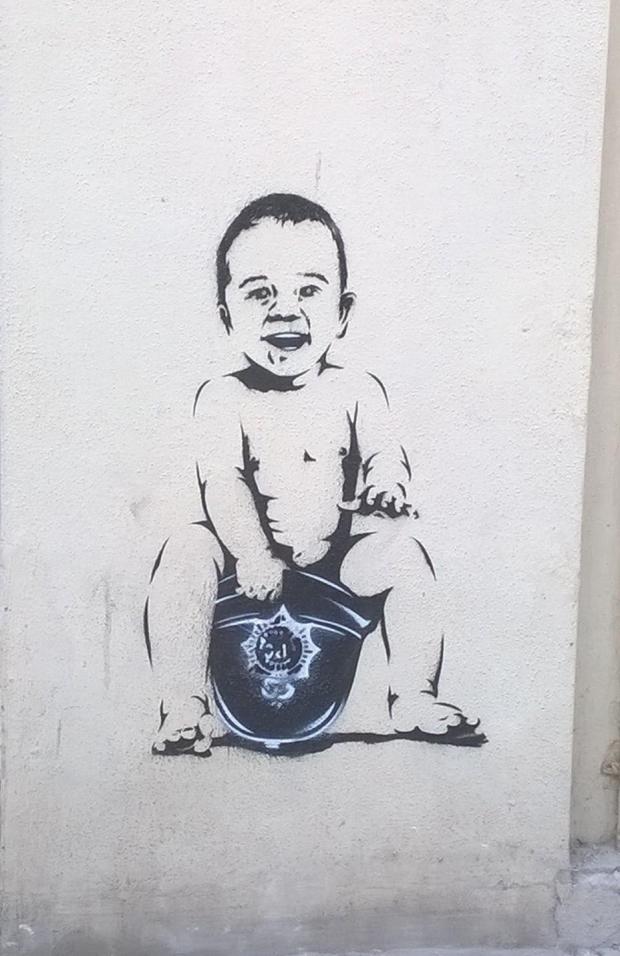 On Tuesday, 4th July 2017 the National Times of Malta published an article asking the question “Banksy in Malta?” while showing a photograph of an Otto Schade stencil artwork in streets of Malta. 😉

Commuters and drivers passing through Sliema’s High Street did a double-take this morning after graffiti which appeared overnight on a wall bore striking resemblances to anonymous world-renowned artist Banksy.

The stencilled graffiti shows a smiling child squatting a London policeman’s bobby hat in one of the town’s busiest streets. It is not known whether any CCTV footage in the area captured the person responsible for the image.

The world’s most controversial artist has developed an entirely unique art sub-culture.